Portraits
I like to make photographs of animals. They don’t disguise, they don’t pose (if not trained to do so) – they are just natural. Sometimes I had to wait for a long time for just one nice shot, sometimes I was rewarded within a minute but every time I enjoyed it. 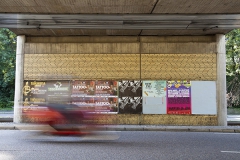 Small Beauties
Between the two cities of Essen and Gelsenkirchen runs a tram line with the number 107. It’s 17 kilometers long and it’s called the “Culture Line” because it’s connecting as many as almost 60 cultural points of interest /tourist features. However, what’s a point of interest? And what’s cultural? I decided to be a tourist and spend a whole day on this tram hopping on and off at each stop and make one photo at each stop of my personal point of interest. Unfortunately there are some stops missing: My points of interest where within the station and I was told it’s not allowed to make photos. 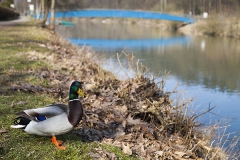 The Wupper
In 2014 my photo friends and I decided to cover a new theme: the Wupper. The Wupper is a river which runs through Wuppertal (valley of the Wupper) and we tried to make photos from its spring up to the mouth in the river Rhine.